Gary, Rome and Eddie discover that Jon really thought of everything before his passing by planning a surprise outing for Gary's birthday at a Bruins Fantasy Camp. However, when a grave secret is exposed, Gary's special day takes a turn for the worse as it creates conflict for everyone in the group.[2] 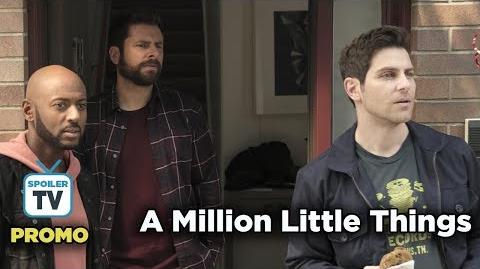 Retrieved from "https://amillionlittlethings.fandom.com/wiki/Save_the_Date?oldid=8516"
Community content is available under CC-BY-SA unless otherwise noted.