The group tries to be there for Sophie as an upcoming father-daughter dance recital approaches, and when she asks a very reluctant and arrhythmic Eddie to dance with her, it leaves Delilah feeling uneasy. Against her better judgment, Maggie agrees to have Rome in for a therapy session, but it quickly becomes clear that her new friendships are a conflict of interest. Meanwhile, Danny confesses a secret to Gary; Maggie receives an unexpected visitor from her past; and someone discovers a cryptic voicemail from Jon that was left right before he died.[2] 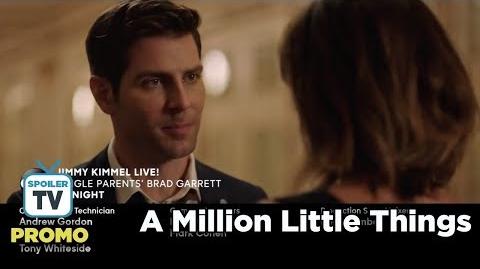 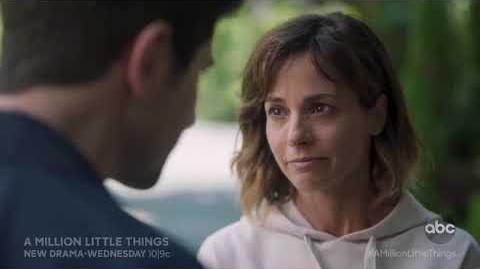 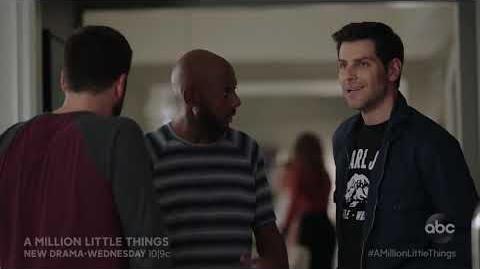 Retrieved from "https://amillionlittlethings.fandom.com/wiki/Band_of_Dads?oldid=7267"
Community content is available under CC-BY-SA unless otherwise noted.